How do product names like IKEA, Apple, BMW come about?

How can you make marketing of your many products more effective? Big brands have found from testing that a common naming nomenclature not only unites sub-branding with related names, but it also simplifies making these products and services more visible and memorable. The naming nomenclature enhances what marketers and creative people do and puts a tool in their hands – a set of pre-defined rules about how to proceed toward developing names when they expand a product line or service portfolio. Below are a few examples of different naming nomenclatures which are formed in different ways.

The Android operating system’s nomenclature is based on names in alphabetical order that indicate nothing technological, innovative or sophisticated whatsoever, something the IT world ordinarily seeks to find. The names instead are deduced from sweets, making them more effective. The first two versions are still called Alpha and Beta, but starting with the letter "C", , Android came out with marketing names in addition to the numerical designation, something which has brought continuity to their communications and attracted consumers. Android has just introduced a new name for its mobile operating system, expected to begin with "N", and it turned out to be "Nougat”. 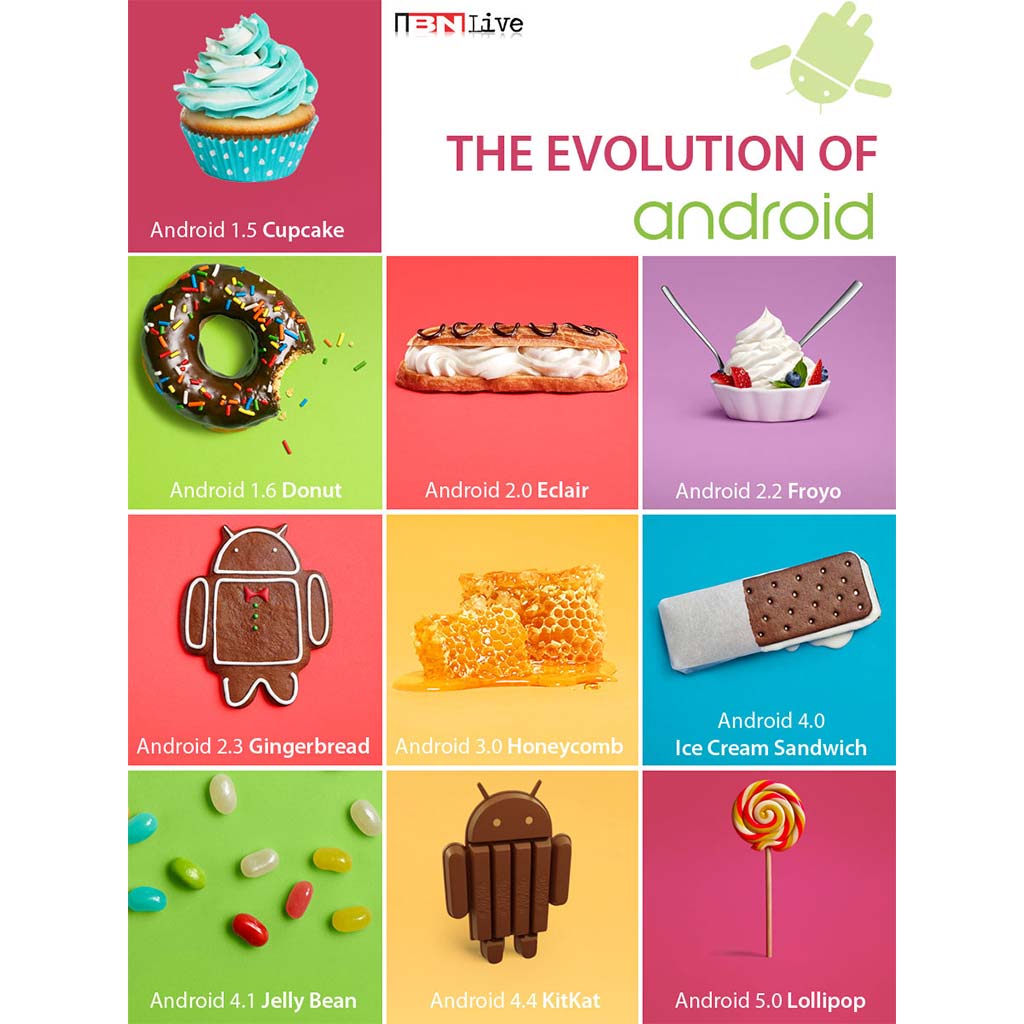 This nomenclature is among the most interesting because of its visual and especially because it is the opposite of what is happening in the technological world, where the communication of clichés is built right into "technological" sounding names. But a good marketer knows that a brand should be visually distinguishable from its competitors’ brands and use visual words to facilitate customer orientation. 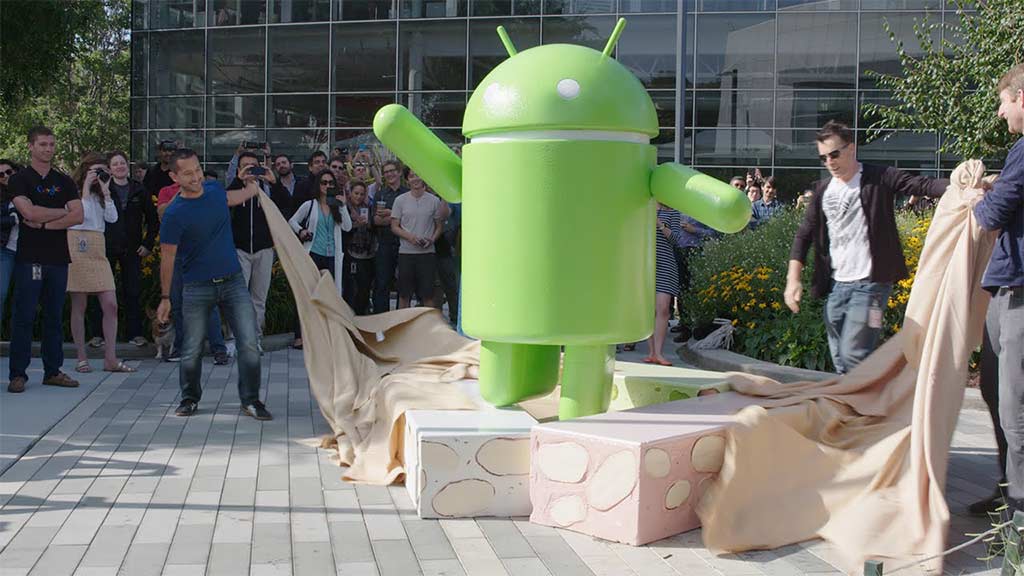 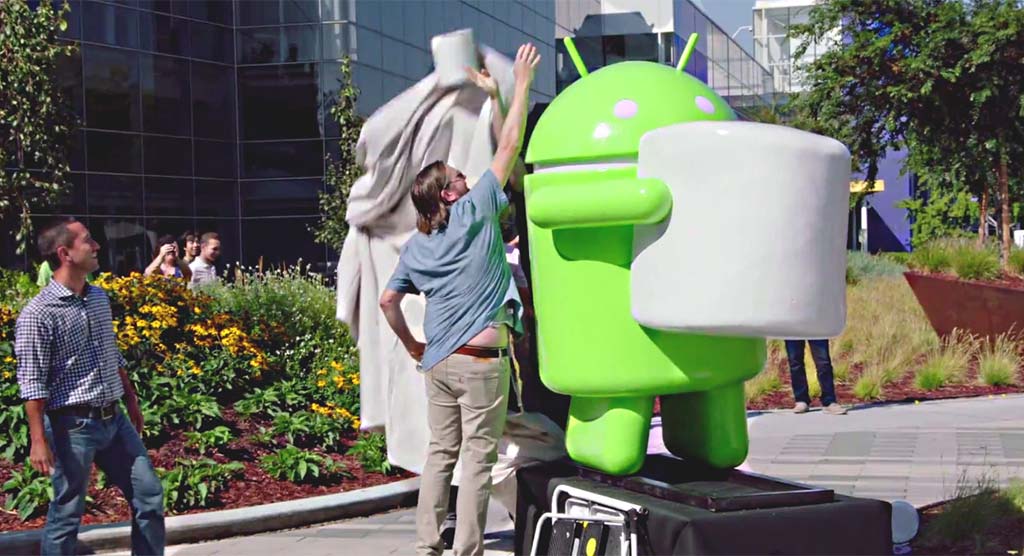 The unveiling of a new Android installation and new names have become somewhat of a new tradition for journalists: “There cannot be a new version of Android without a new statue outside of the Google-Plex."

Behr Collection paint colors, which you can buy at any Home Depot, have names like "Quietude," "Rejuvenate" and "Cozy Cottage." Other companies are also selling paint colors that sound nothing like them and have seen sales increase up to 10 %. And this is just with a name not describing a color. The result has been paint color names like:

"Weekend in the Country"

Even if the names are not descriptive, they still engage customers making an emotional purchase based on associations. Stich Data published some interesting data which confirms the effectiveness of this approach: "From the collected data, colors in the purple family generated up to 31 percent higher revenue when creatively named."

Mac OS X recently changed its name to MacOS. The decision seems surprising at first glance, but it makes sense when you look at the context. The new name lets MacOS fit better into the existing system of names for the specific operating systems used by iOS, tvOS and watchOS devices, but to customers, it especially communicates a unified Apple brand ecosystem. They will be now focusing on other products coming from the same manufacturer, because "after all, everything is connected and another brand’s products aren’t going to work with the products I already have." 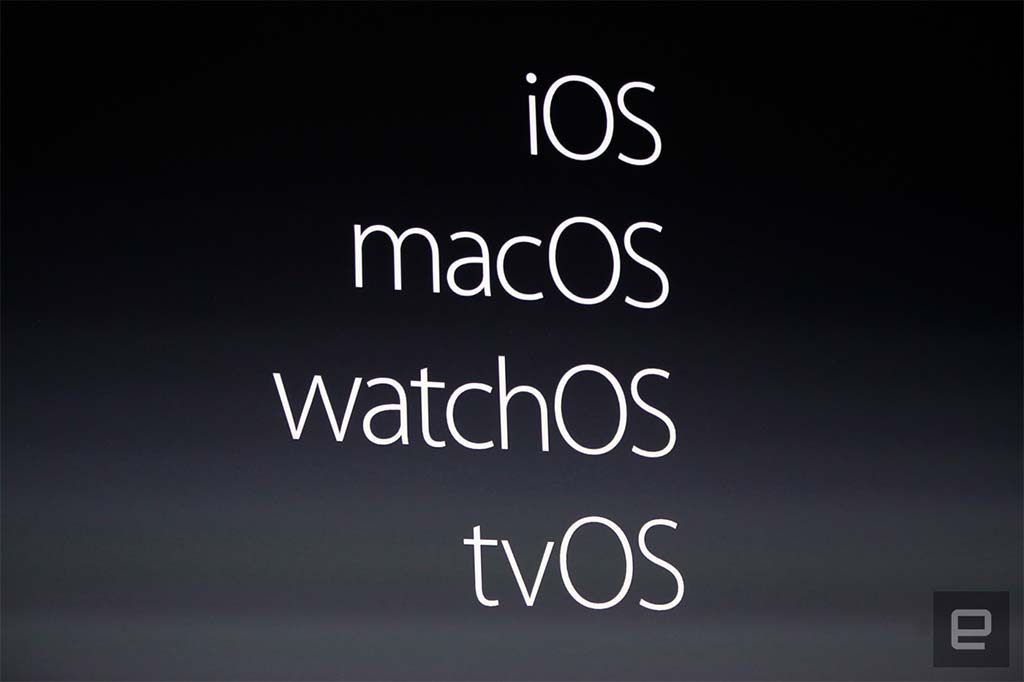 It is a logical step that clearly shows the path where branding is heading. Apple has also stuck to a single concept in naming specific OS desktop versions. Starting with Mac OS X 10.0, each system is named after a wild animal. Apple knows that magnificent looking pictures sell well to both journalists and especially to customers, avoiding anything non-evocative. Therefore, the name, product and images of it are uniform in press releases.

The system names can also come to symbolise the brand itself, as was successfully accomplished with iMac, iPod, iPhone and iPad. ... The lower case "i" has since become a synonym of design excellence and innovation.

Nomeclature type: Families of words instead of letters

Customers can lose concentration with so many products and names, so some companies have started utilising a family of words instead. Buns, Äpplarö and KUNGSHOLMEN have something in common as they are garden furniture named after Swedish islands. Because IKEA founder Ingvar Kamprad had dyslexia, he did not want a code to differentiate products. Code numbers are difficult to remember and have no emotional value for customers, so he was actually lucky to have come up with the idea of a comprehensive nomenclature for names in individual product categories:

• Series of libraries: names for jobs 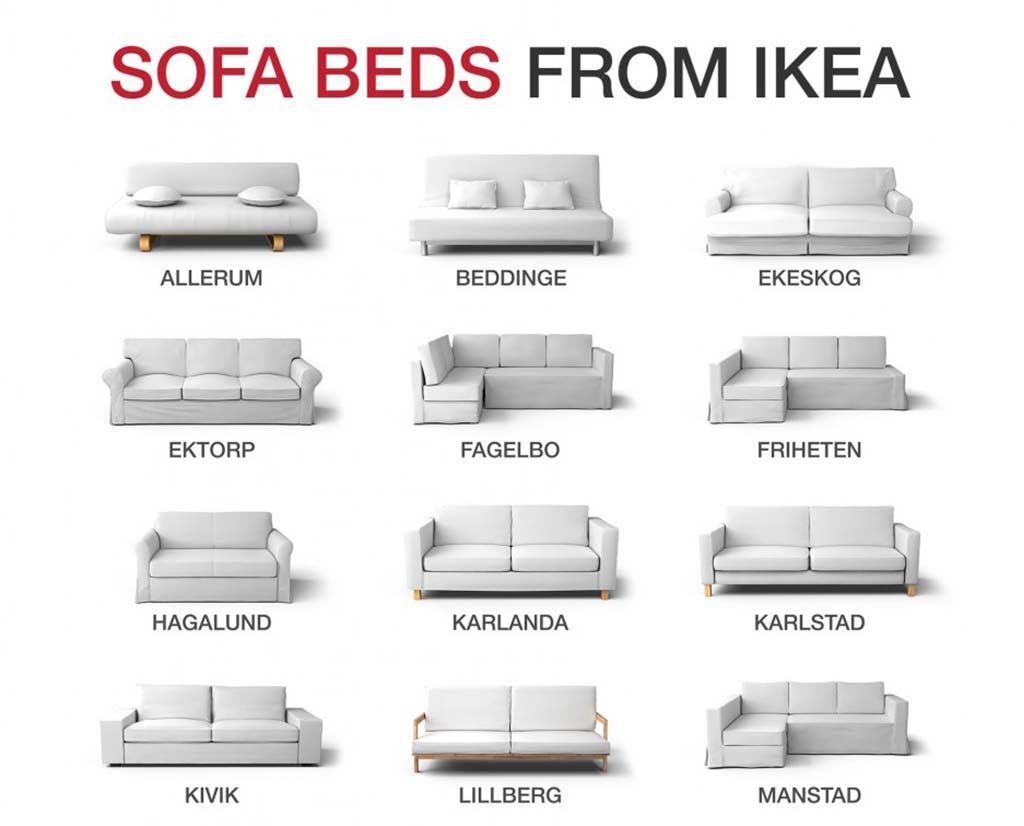 No matter how exotic the names of IKEA products are, they are nothing more than common words from Scandinavian languages, which have their own meaning. However, the IKEA nomenclature causes difficulties due to mispronunciation of many names in other languages. In addition, there is the necessity of checking what these names mean in various countries around the world so it could never happen that you add to your cart an adjustable VIKA KAJ table leg (literally means “folding a Swedish boy named Kaj”). Or a lamp called FARTYG (translated from Swedish, it means a ship, but in English it rather evokes flatulence). 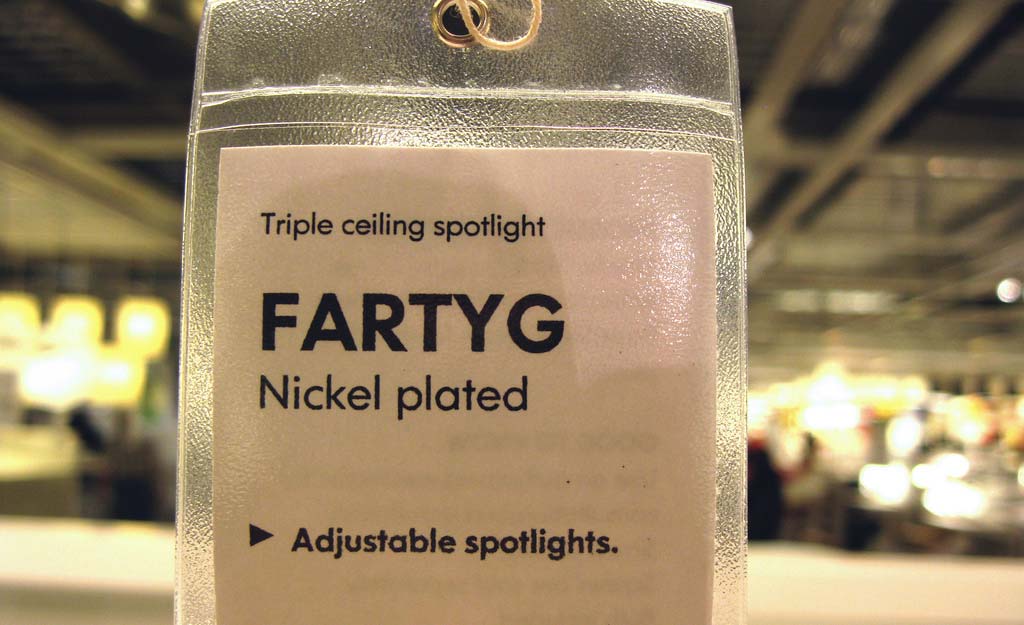 If you are interested in the meaning of other product names, they are explained in this unofficial Dictionary: http://lar5.com/ikea/index.html.

Nomenclature type: Codes of names that means something (nearly for everyone)

For example, “318i” means Car Series 3 with a 1.8 liter engine and the "i" at the end indicates that the model has a petrol engine with direct fuel injection. The Infiniti brand has the advantage of fewer models, exchanging complexity for simplicity. In 2014, the brand successfully simplified how to orient among model names.

Nomenclature type: names as instructions for use of the product 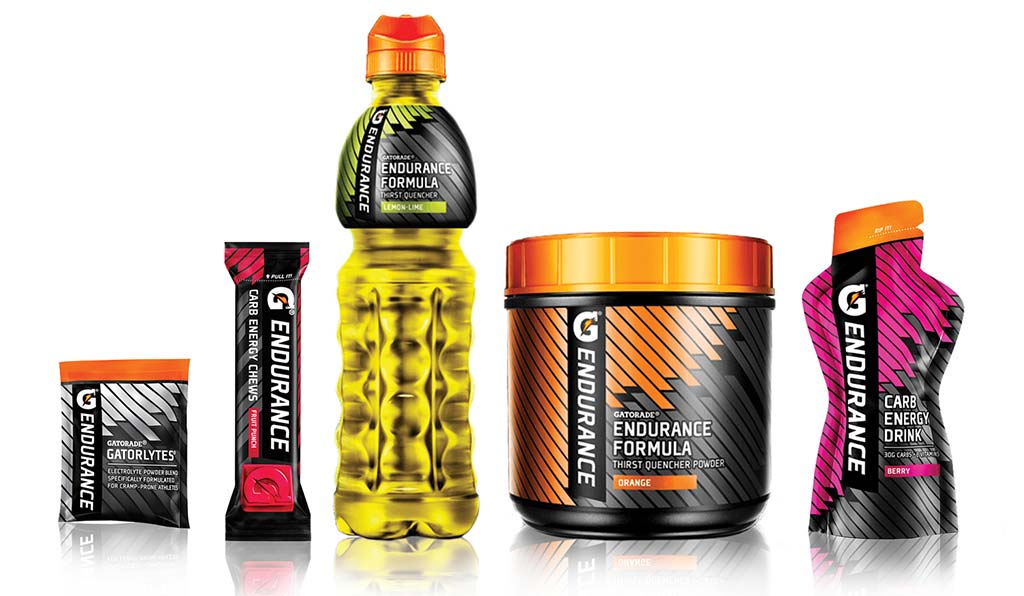 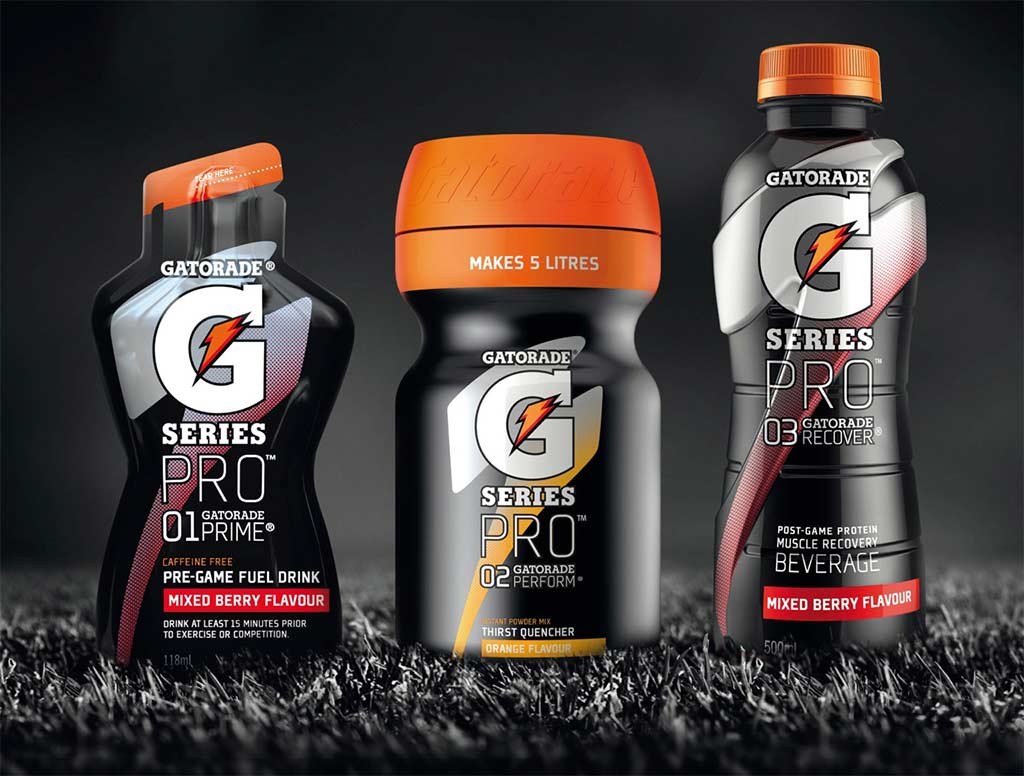 itKat is associated with taking a break, Bebe connotes morning, Merci means “thank you”. If you take the opportunity to emphasise how a product is used, your customers will remember the product during the day or in an activity. This motivated Gatorade to create a nomenclature associated with different athletic performance phases:

• G-Series Gatorade Prime 01 for warming up

• G-Series Recover for cooling down.

Easier product orientation facilitates purchasing and using a product. Since 2010, Gatorade has been actively responding to specific trends and accordingly changed the names of its products. The G Series was created for "professionals", G Natural with stevia leaves and G Series FIT for the gym, Gatorade Endurance has also been added as running and cycling have become popular. When PROTEIN became a catch word, a new series of products containing it appeared. 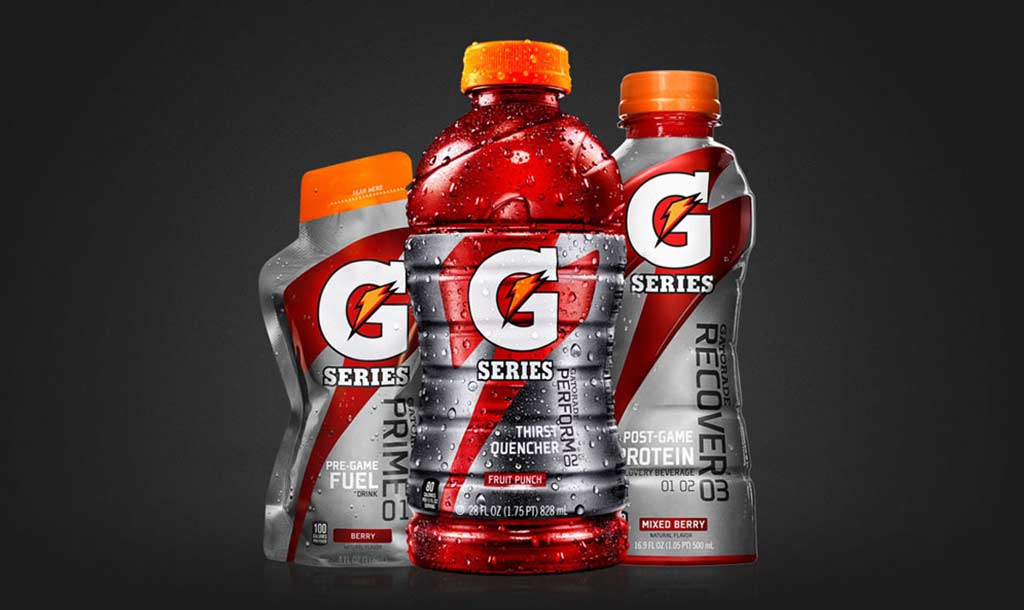 Gillette gives their newly emerging product lines different names such as Atra, Fusion, Sensor and Mach3 because the products appeal to different audiences. The strategy is to add some attribute names that increase value in the eyes of customers. This supplemental nomenclature evokes "the novelty and technological maturity" and the names are often registered as trademarks. The examples are "Gillette® Fusion® Proglide® SilverTouch Power Razor with FlexBall® Technology". 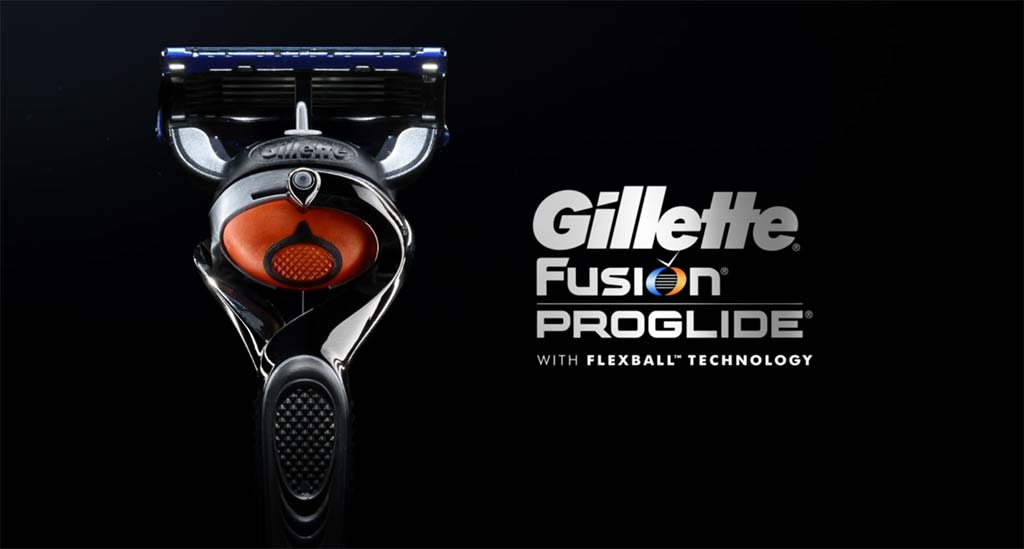 The Gillette product line nomenclature has the following form:

Such a nomenclature of innovations works as a marketing campaign and sales message at the same time. Although a clearer orientation between products is lost, the price of a product is higher. In terms of the marketing budget for branding and communication, as well as the registration of trademarks, the model is the most costly.

How to properly select and define naming nomenclature

There are two different ways to define nomenclature:

•    Continuity - using the same name with a variation

•    Name change - a new name completely different from the previous one

To set an expectation in a consumer’s mind that the new product comes with improvements to existing features, it is the best to use the principle of continuity and not to introduce a complete name (Bertini et al., 2011). An example is the iPhone, which is still called the same and only an alphanumerical designation differentiates them. The first iPhone was called the iPhone 2G as it was limited to the 2G (EDGE) network. The next generation was analogous to the 3G network. Of course, Apple could not continue this trend indefinitely and subsequently, for each design change, they came up with a new numerical designation. 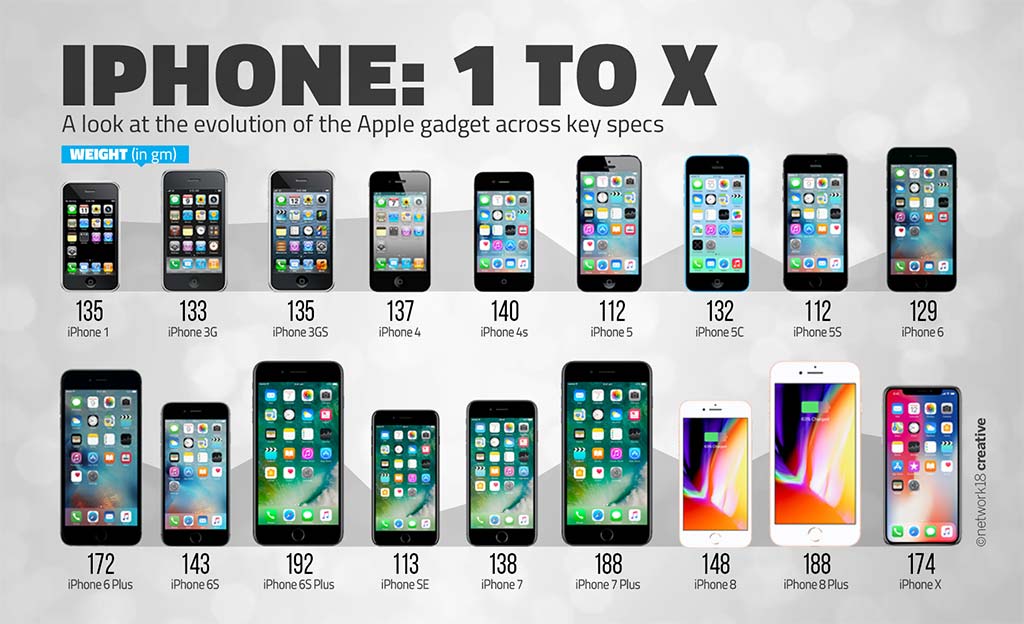 If you want to bring to market a completely new product with significant innovations and fundamentally different functions, it is more efficient to choose another way of naming - to give a completely new name to your product. Nintendo chose this way – first, when they launched Nintedo N64, GameCube and finally Wii. It is necessary to expect the new name to be associated with some risk, yet on the other hand also to have potential benefits (Bertini et al., 2011). Such an approach is more appropriate for demographic groups more willing to take risks, so basically for younger age groups.

The types of nomenclatures in the above examples show that there are many ways to define them. When setting up the nomenclature, it is crucial to take into account:

• portfolio and its expansion in the future

• target group and desired perception of the product,

• attributes of a good name

Whatever the nomenclature is specified by topic, region, language, category or alphanumeric description, please consider the above-mentioned attributes as soon as possible to avoid possible complications in the future.

Perhaps you remember the first robotic vacuum cleaner from iRobot, named Roomba. When the company came up with another product called Scooba, they thought about having a naming concept for other products. But soon afterward they got stuck because they had run out of names ending with "ba" and they succeeded in maintaining at least a pair of letters in Verro and Looj. The naming began to crumble and, therefore, you should take stock from their example. Keep in mind from the start that your product will have its successors and siblings. Similar names create an image of quality and save communication costs because they ride on the wave of their predecessors. 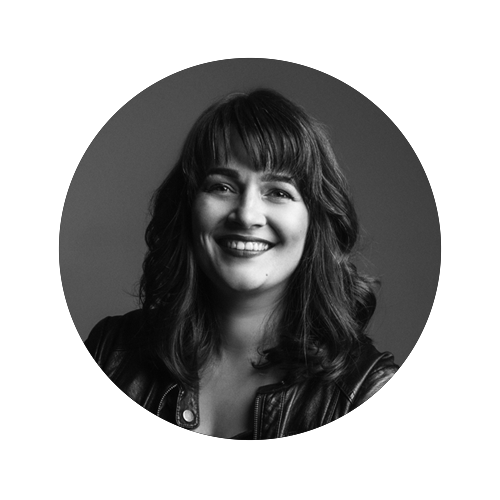 Mirka’s academic background is in cognitive science. She has published more than 60 articles in magazines, journals, book chapters and more. Mirka speaks at naming and branding at conferences and lectures at workshops aimed toward entrepreneurs and the start-up community.