How to increase sales with a name evocating another country

Product image can be shaped not just by communicating it, but also with a brand name. Many entrepreneurs deliberately associate their brands with various countries by using a “country-sounding” name, benefiting from the positive association people have with the country. Tomáš Czwitkovics from the portal fici.sme.sk has already interviewed us on this topic. In addition, this article provides other interesting examples of companies whose appropriately chosen brand names have increased the value of the brand’s products and services.

American customers are willing to pay more for European brands

At first glance, Häagen-Dazs may not seem suitable for the US market, which is not familiar with non-English-sounding company names. Unlike its competitors, however, the ice cream is positioning itself as a premium product reaching out to wealthier customers who enjoy quality food. The Scandinavian name supports the overall image of ice cream – for the consumer, it evokes exclusivity, uniqueness and honesty associated with Scandinavia. Interestingly, the name the company's founder came up with means nothing whatsoever, only something like some words in Danish he had only remembered. Not long afterward, an exclusive new brand of ice cream appeared on the market, called Frusen glädje. For Häagen-Dazs, the name was such a powerful marketing tool that they filed a lawsuit against this nowadays non-existent company for having copied a Scandinavian marketing term. Even though Häagen-Dazs did not win, the competing brand eventually perished because they were unable to sustain themselves on the market.

In the minds of consumers, the Scandinavian countries are associated with purity and quality; something likewise confirmed by Neutrogena, another US brand with a trademark Norwegian formula. This Norwegian cosmetics formula, which happens to be produced in the United States, is said to have a hidden healing effect.  Scandinavian-sounding names work excellently in some categories, demonstrated by the example of Amundsen.

Amundsen vodka is named after Roald Amundsen, a famous Norwegian explorer who dedicated his life to a clear and pure polar landscape. But Amundsen is actually vodka produced in the Czech Republic by a company called Stock, which markets the vodka as a premium product. Unlike Häagen-Dazs, Amundsen goes somewhat further and in some campaigns Stock communicates the product in Norwegian, making claims in that language, too. As a result, most people believe Amundsen to be high-quality Norwegian vodka.

Japan’s exoticism and mystery attract the fashion industry, too

SuperDry Japan clothing stores launched a wave of hype, whose success is evidenced by a 349% rise in turnover between 2010 and 2015 (Source: SuperDry, 2016). While Asians are attracted by European brands, Japan holds a special place in the minds of European and American customers, too. SuperDry’s logo contains Japanese text which should be a translation of "Do SuperDry". In reality, it is an abortive dictionary translation which in Japanese means "maximum dry". However, nothing changes the fact that many people consider Japan and not the United Kingdom to be where the brand originates, as well as because there are products frequently branded with Japanese characters for slogans, product descriptions and other mood expressions (often with errors).

SuperDry relies on existing associations of Japan with exotic, technological sophistication and eccentricity. However, SuperDry products have nothing to do with the literal meaning of the name "superdry" as it does not describe functional, waterproof clothing and it does not prevent sweating. Nevertheless, SuperDry continues to grow, proving that if something is Japanese, it is cool and stands above the rest (even if the truth is that the brand is European).

Fashion brands from Italy and France are more chic than domestic

Walking through a shopping centre, you have certainly come across the Italian sounding brand Pietro Filipi. But the truth be said, both the brand and the company founder’s children Peter and Filip, whose names inspired it, are from the Czech Republic. Pietro Filipi is based on timeless elegance and sophistication, features typical for Italian fashion. Through a licensing agreement, Slovak men’s fashion brand Alain Delon was able to use the name of a famous French actor and associate its products with the actor's refined taste and elegance. Other "non-Slovak" sounding clothing companies based in Slovakia include Otto Berg, John Garfield and Marco Mirelli. Inspirational names can position of a brand and even customer buying behaviour. The following examples illustrate the effect a name change has in the case of food.

Food origin and name are important

After several years of lobbying, a product that had been called "high-fructose corn syrup" by the US-based Corn Refiners Association became "corn sugar." Indeed, consumers perceived the old name, often abbreviated as HFCS-90, as an unhealthy sweetener with something that sounded suspiciously complicated. On the other hand, "corn sugar" sounds like a common, and possibly, harmless alternative to normal sugar when actually the opposite is true.

A fish called "Patagonian toothfish" was not selling as fast as some fishing companies were wishing, so the name was changed to the friendlier "Chilean sea bass". The new name turned out to be successful and yet many people have no idea that most of the fishing is not being done off the Chilean coast and the fish is not a bass species.

A study by the Food and Brand Lab at Cornell University revealed that renaming chocolate cake "Belgian black forest chocolate cake" increased sales 28% and taste testing results showed it to be 12% better.

Another interesting example is the case of Czech fast-food chain Bageterie Boulevard, whose name was inspired by the tabloid press in France, a country of high cuisine. Both the visual identity and the story of the brand are built around France and the tabloid press, too. But most likely, hungry customers prefer a famous “high-end” French baguette to Czech cuisine.

Associating with foreign countries, positive emotions and aspirating references may not only help overall brand image, but it can directly increase sales, too. Of course, this strategy only works when there is an effective brand positioning strategy and selected attributes the name should reflect. 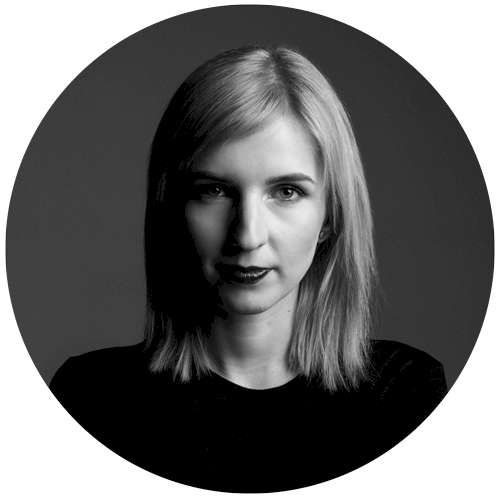 came to Bigname from Amazon where she gained experience working in an international team. She is a graduate of the Bratislava University of Economics, speaks fluent French and English and has built a strong base in marketing buzzwords starting from her time in school.

How to name your coffee or snack bar